The Noble Science event was founded by Martin Oz Austwick in UK over 5 years ago and is dedicated to the unarmed european combat traditions. Predrag Nicolic, long time instructor of Zornhau HEMA club with specialization on Medieval Wrestling, is one of the regular instructors there and the idea came up to establish national branch events of the Noble Science. So the Noble Science Germany I was born.

Predrag kindly invited me to this event after I taught a workshop on Highland Broadsword and Backhold Wrestling at the ZornFest, the summercamp of Zornhau e.V. I gladly accepted and after our great seminar with Zane Grey from paisley, Soctland in November, I was also boosted with input and highly motivated.

The Noble Science Germany I offered workshops on various european unarmed combat styles, like Pankration (Mark De Fazio), Bartitsu (Alex Kiermeyer), Savate Genovese (Oliver Janseps), Pugilism (Christoph Reinberger) and Medieval Wrestling (Predrag Nicolic). Unfortunately due to my work I only could attend the two day event on sunday. The seminars took place in the training halls of the Jugendherbergszentrum Ronneburg, which is a combination of youth hostel and sportscamp with indoor and outdoor gyms and fields, sauna, swimming pool etc. The training halls have big windows with an amazing view on the nearby Ronneburg Castle and the surounding beautiful landscape. Great atmosphere to train.

I headed to Ronneburg in the early morning and after breakfast my workshop on Highland Wrestling started. I introduced the participants to the basic stance and rules of Highland Wrestling and we trained to push, pull and change position from the Backhold. After that we started to fight for position and to get under the left arm with our shoulder to lift and throw the partner from there. After that we trained if we cannot go under the left arm of our opponent with our right shoulder, turning into a headlock. From there we trained a simple throw. We also trained a simple tripping takedown and the position were it is best used. The final technique I showed the attendants was the Backheel technique.

Here you can see impressions of the seminar:

The seminar ended with some Highland Wrestling bouts and I was happy to see many participants attending. The fighters were able to put into practice what we trained before and so we all enjoyed some really nice bouts. Of course, I did my part and also had a bout, which was great fun. Here you can see some of the highlights:

After my own workshop there was a class on classical Pugilism with instructor Christoph Reinberger. Being a Pugilism enthusiast since I became interested in HEMA, this was a highlight for me. The class was really interesting and we learned some important basics with bareknuckle punches, parrys and ducking as well as the Chancery hold, escaping the Chancery and the cross-buttock throw from the full chancery hold. It was awesome.

After lunch I had to leave the event back to work. It was a great first Noble Science in Germany and I hope many will follow. I want to thank Predrag and Zornhau for the invitation and organisation of the event and also all instructors and participants. It was great to meet some old friends and making new ones.

(All pictures by Zornhau e.V.)

Chris Dyer (USA) has earned the certification as a 3nd degree mentor. He already has established a regular Broadsword class in his own club, Reborn Fitness (www.RebornFitnessVA.com). Chris showed his skills with Broadsword and Targe and other Double weapons like Sword and Dirk in his regular training reports. His successfull certification bout with Sword and Targe versus Rapier and Dagger under the guidance of his mentor Heiko Grosse can be seen here: 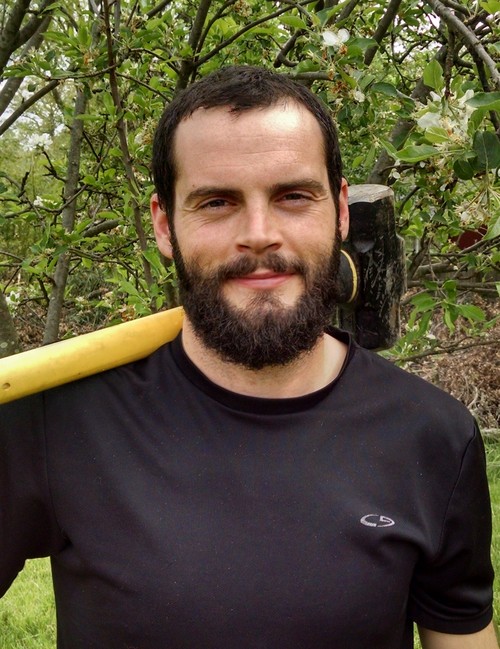